I used to think of the Pope as being at the centre of the Catholic Church.

But, increasingly – and radically – it seems as though it is the Pope who is in the margins while others try to secure the centre.

This was apparent from the start of his Papacy, when he moved out of the Papal Palace into more humble accommodation.

He followed that up by putting the emphasis on the role of the Church in the margins. He insists that the Church will be ‘bruised, hurting and dirty because it has been out on the streets, rather than a Church which is unhealthy from being confined and from clinging to its own security’ (Evangelii Gaudium, 49). He uses the image of the Church as a ‘field hospital’ which does not carefully assess its resources or calculate the probability for the success of its pastoral initiatives: ‘it simply responds to those in need with whatever resources it has at its disposal’. He regularly visits places (such as L’Arche) who support those who are on the margins 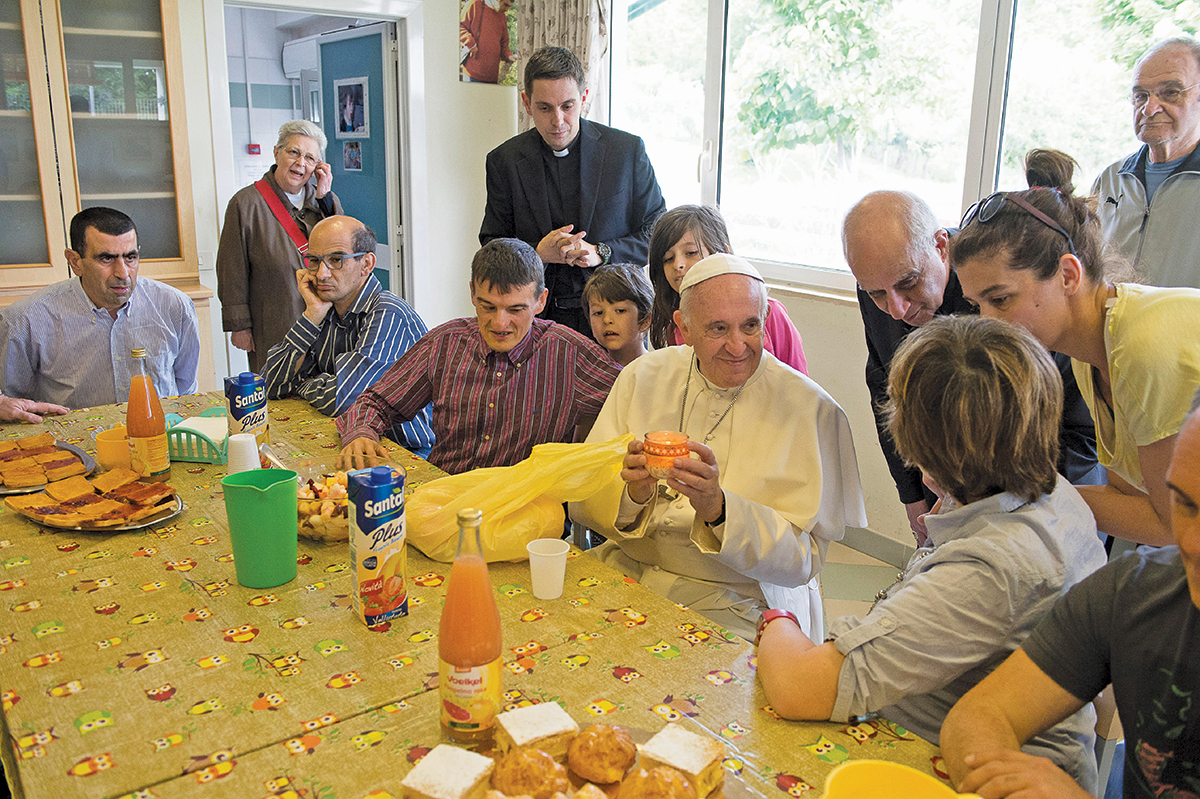 The Pope has also put emphasis on ‘the priesthood of all believers’ – a concept which, I would add, is close to the heart of Quaker theology. The Pope has condemned arrogant priests who act as ‘little monsters’, insisting they humbly serve God’s people. There is emphasis in his teaching on ministers serving the poor – washing their feet – rather than directing them. Francis calls for ministers who ‘have the smell of their sheep on them’.

The Pope has also sought to move towards decentralization. Subsidiarity – making pastoral decisions at the local level unless they cannot be addressed at that level – pushes responsibility to the local level. This increases flexibility and responsibility. Differences and disagreements may result, but they are not to be feared or denied. They are signs of life. Priests are not representatives of the Pope, but pastoral leaders of their local flocks.

While the Pope seeks to lead the Church into the margins, others seek to pursue power at the centre. An article by one of America’s leading theologians, Richard Gaillardetz, in this week’s Tablet (22nd September)  suggests there is a small but well-organised and vocal minority of Catholic individuals and organisations who have grasped what the Pope is really doing: transform the Catholic Church from an institution in which power is at the Centre to one where it is in the margins. He suggests that the challenges the Pope faces ‘represent a thinly-veiled attempt at something close to a palace coup.’ These include multiple challenges to his authority and chosen direction of travel, as well as allegations of cover-ups.

An Institution puts the well-being of the organisation before all else. Power is at the centre, with systems and structures often rigid and inflexible, unable to adapt to new situations. Problems (such as abuse) are quickly hushed up in case they cause reputational damage.

Francis seems to be trying to change the Church into something more human – in the absence of other words I call it a ‘humanisation’: An organisation where all are seen as fundamentally equal (even though all may have different roles), which engages with those on the margins and which seeks to give power out from the centre. It is flexible and adaptable, though with a clear focus on the central aims. It feels more like a family than a well-oiled and efficient machine.

The Roman Catholic Church is the oldest multinational in the world. Perhaps, under Francis, it is moving into something sleeker and swifter in which the spirit of the margins blows ever more strongly.